The Department of Hospital Therapy and Clinical Pharmacology was founded in 1877, after the division of the University Clinic, which was part of the Department of Pathology, Therapy and Therapeutic Clinic into two: faculty and hospital. Since 2013 it has been called “Department of Internal Medicine №1”. The main activities of the department include teaching process, research, treatment and postgraduate education. 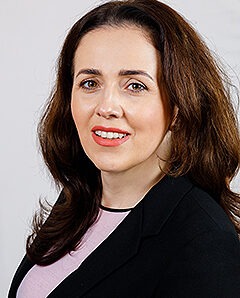 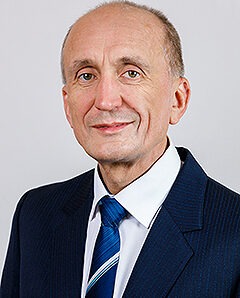 Molodan Volodymyr
Associate Professor of the Department of Internal Medicine No. 1, PhD, cardiologist, therapeutist of the highest qualification category
vi.molodan@knmu.edu.ua 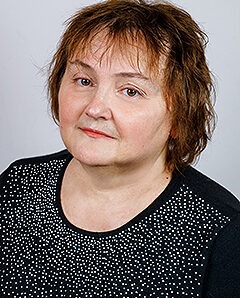 Galina Y. Panchenko
Associate Professor of the Department of Internal Medicine No. 1, PhD, therapeutist of the highest qualification category
hy.panchenko@knmu.edu.ua 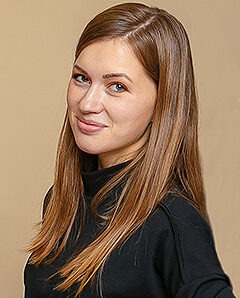 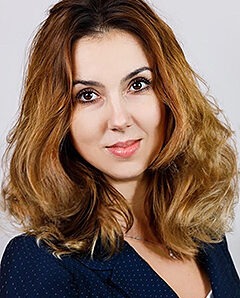 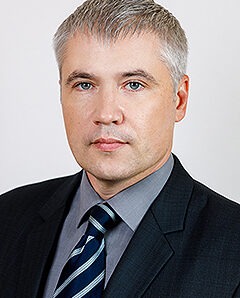 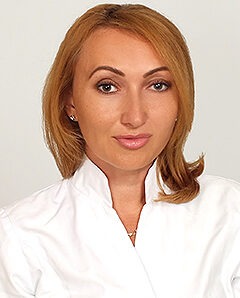 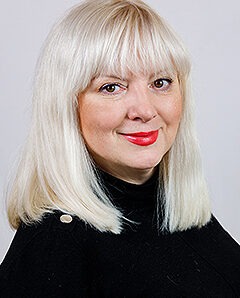 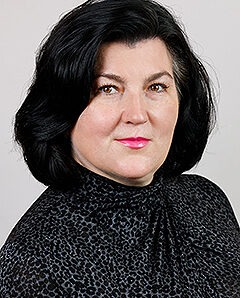 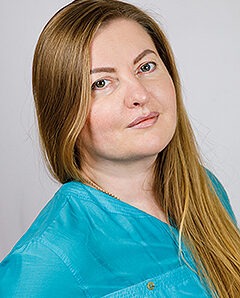 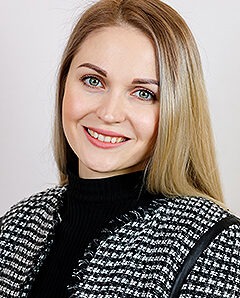 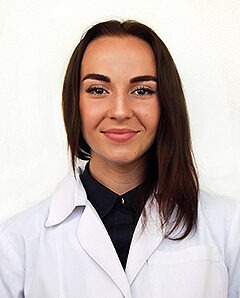 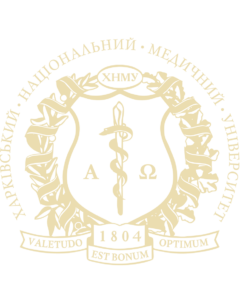 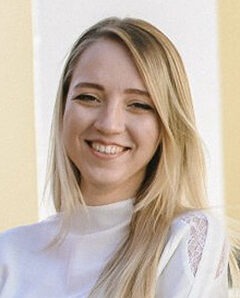 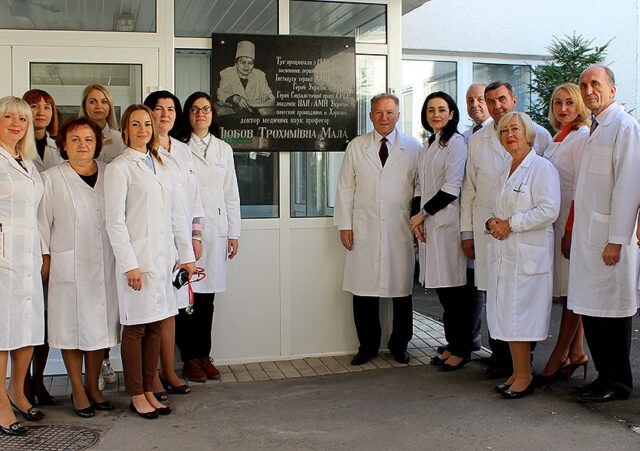 The Department of  Hospital Therapy and Clinical Pharmacology was founded in 1877, after the division of the University Clinic, which was part of the Department of Pathology, Therapy and Therapeutic Clinic into two: faculty and hospital.
The next stage of formation of the department is connected with the name of prof. Obolensky Ivan Mykolayovych, who was the first head of the Department of Therapy (1877-1884), which was organized on the basis of therapeutic and surgical hospital clinics at the Red Cross Hospital. Among the staff and heads of the department were prominent scientists, teachers, clinicians, public figures who have made a significant contribution to the development of the Ukrainian Therapeutic School and the training of physicians.
Among them: Obolensky Ivan Mykolayovych was the first head of the Department of Therapy (1877-1884), the initiator and organizer of the ambulance in Kharkov; Kuznetsov Alexander Kharitonovich headed the department in 1884-1891 and 1903-1905, developed issues of anti-epidemic work among the population, proved the healing properties of Slavic mineral water; Openhovsky Fedor Mechislavovich headed the department from 1891 to 1903 – organizer of outpatient work in Kharkov and Ukraine, conducted the first in Kharkov lifelong diagnosis of coronary artery thrombosis; Georgievsky Konstantin Nikolaevich headed the department from 1906 to 1921, made a great contribution to the development of clinical endocrinology, pointed out the great diagnostic value of phrenic syndrome in the diagnosis of acute cholecystitis; Yakushevich Sergey Gavrilovich headed the department from 1922 to 1930, studied the impact of professional conditions on the human body, was one of the first organizers of the Institute of Occupational Pathology and the initiator of the student hospital; Kogan-Yasny Viktor Moiseyovych (1889-1958) headed the department from 1947 to 1953, together with V.Ya. Danilevsky founded the Institute of Organ Therapy (now the Institute of Endocrine Pathology), for the first time in the USSR in the laboratory of V.Ya. Danilevsky received insulin and used it in clinical practice, was one of the organizers of the resort Berezovsky mineral waters.

Lyubov T. Malaya – the therapist of the USSR and Ukraine, a world-renowned scientist in the field of cardiology, was head of the department from 1961 to 2003, founded one of the most powerful therapeutic schools in Ukraine and Kharkiv region. For the first time in Ukraine she organized cardiology departments for patients with acute myocardial infarction. She founded a branch of the Kyiv Research Institute of Cardiology named after Academician M. Strazhesko in Kharkiv (1981).
The Department of Hospital Therapy and Clinical Pharmacology was established on December 1, 2003 by order № 288 / k “On the reorganization of the Department of Hospital Therapy and Clinical Pharmacology of the University”, headed by the student Lyubov T. Malaya Doctor of Medical Sciences, Professor Oleg Ya. Babak.
Since 2013 it has been called “Department of Internal Medicine №1”, now the department is headed by Doctor of Medicine, Professor, gastroenterologist, Therapeutist of the highest qualification category Natalia M. Zhelezniakova. 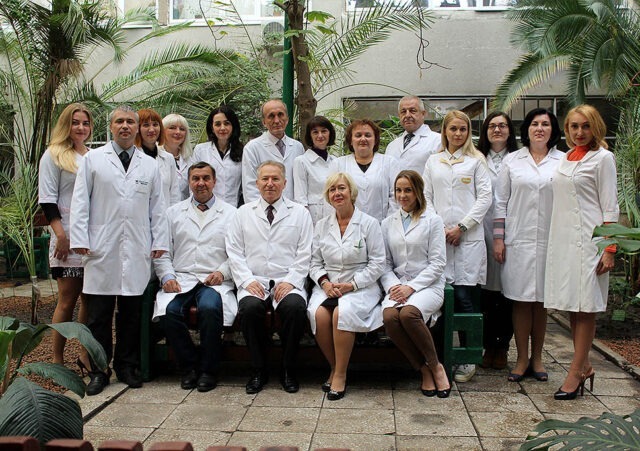 The clinical base of the department  is the Government Institution “L.T.Malaya Therapy National Institute of the National Academy of Medical Sciences of Ukraine”. Teachers use methodical manuals, thematic patients, situational problems in the teaching process. Lecture themes, practical classes and methodical recommendations are constantly updated and improved at the department. 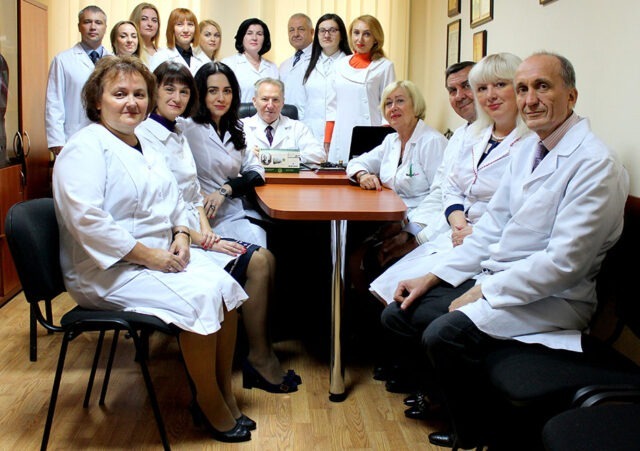 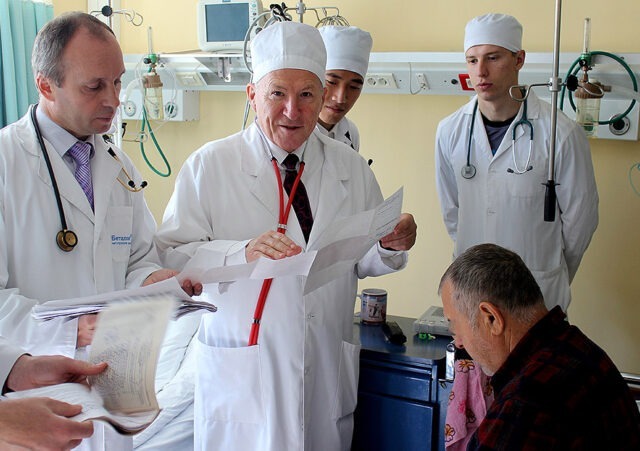 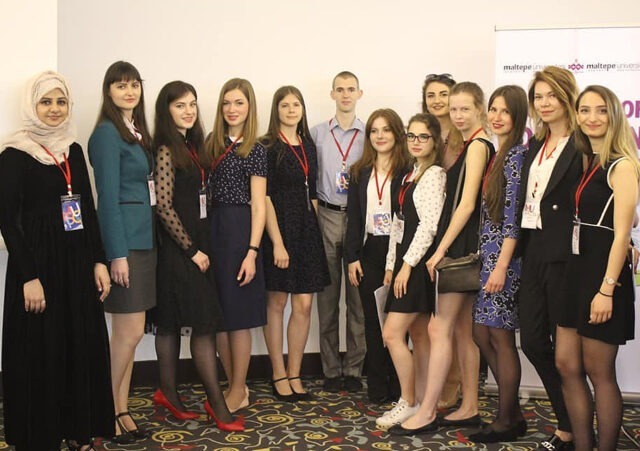 International activities is one of the important priorities for the development of the Department of Internal Medicine №1, which is developing within the framework of a single process of integration of higher education in Ukraine into the world system of higher education.
The main areas of international activity of the department are cooperation with foreign primary institutions, such as Public organization “Young Doctors of Azerbaijan” (Azerbaijan), Multifunctional Clinic Havelhohe, Berlin (Germany), Gastro Update Europe (Germany), United European Gastroenterology (Cape) and Austria (Poland), etc.
Scientists of the department participate in the following international scientific and educational programs and joint research: Association of Sleep Disorders with Cardiovascular Diseases in Diabetes (Gdańsk Medical University, Department of Hypertension and Diabetology, Poland), MASked-unconTrolledhypERtensionmanagementbasedo BP measurement (MASTERStudy) (European Society of Hypertension and the ARTEMIS Consortium).
In addition, the department staff annually participates in international conferences, congresses, symposiums and internships at the University of Rene Descartes, and the University of Denis Diderot (France), Foundation of Freedom and Democracy (Poland), etc. 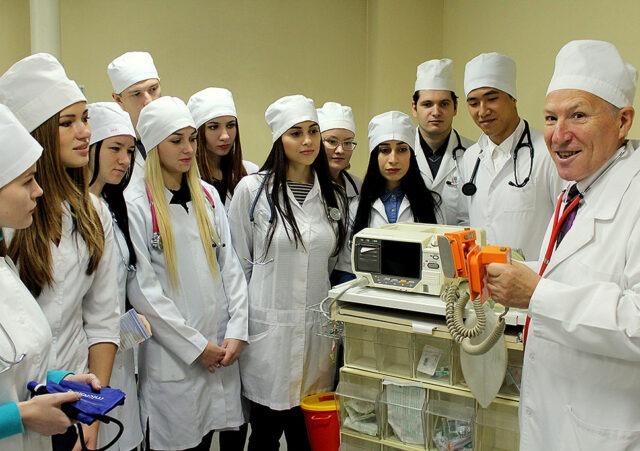 On the basis of the department intern doctors have the opportunity to obtain knowledge on the basis of Government Institution “L.T.Malaya Therapy National Institute of the National Academy of Medical Sciences of Ukraine”. Practical classes are held in the departments of pulmonology, rheumatology, hematology and endocrinology of other clinical hospitals. To consolidate practical skills, intern doctors independently lead patients and work as assistants at therapeutic and intensive care departments.
Also on the base of department there are postgraduate medical school for practical doctors such as evaluations training courses, specialization and thematical improvement courses in therapy in three specialties: 1) “Therapy”; 2) “Gastroenterology”; 3) “Cardiology”. 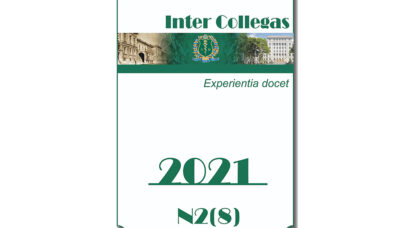 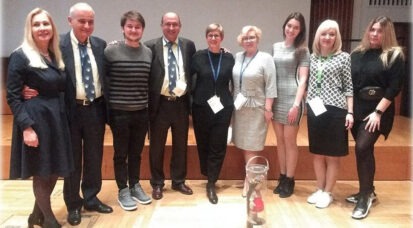 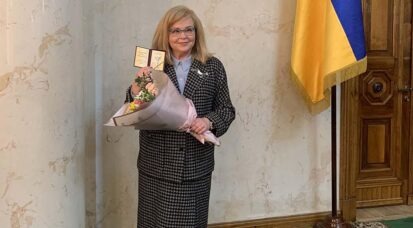 Format: meetings once a month in online format (Zoom, Google-meet) or offline at the department.

At the meetings the teacher acquaints students with current medical issues, interesting clinical cases are considered. The main directions of scientific work each student can choose according to their interests: the department conducts a wide range of research on various aspects of diseases of internal organs.