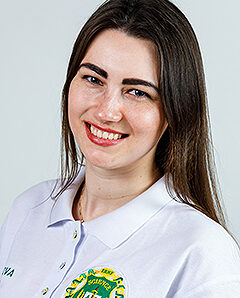 Deputy Chairman of the Board of the Scientific Society of Students, Postgraduate Students, Doctoral Students and Young Scientists of KhNMU:

post-graduate student of the Department of Internal Medicine № 3 and Endocrinology Nikita Markevich;

senior laboratory assistant of the Department of Neurosurgery Vladislav Kalyuzhka;

Composition of the Council

The procedure for submitting abstracts for testing for textual borrowings to the board of the scientific society of students, doctoral students and young scientists

write a scientific paper (thesis, article, etc.), based on the results of their own research (experiment, clinical observation, literature review, description of a clinical case, etc.) in accordance with the requirements of the organizing committee of the conference;
after coordination of the text of scientific work with the scientific adviser to submit it for check to Council of NTSAD and MV on the link below (the link is active at the time of a distance format of training);
your research work will be checked for text borrowings through the service StrikePlagiarism.com and included in the database of works of students and young scientists; the inspection is carried out every Saturday;
after receiving a letter of successful completion of the test for the presence of text borrowings, you will be able to submit a research paper to the selected conference;

after the conference it is necessary to submit a report (certificate / diploma / copy of the collection of abstracts, etc.) in order to create a record in the database of scientific works of students and young scientists.

If you look at the history of NTSADMV, the first sprouts of student research date back to the XIX century, when the Kharkiv Imperial University was founded. At that time, the areas of the first student research were divided into three main sections: clinical, theoretical and hygienic. Clinical works consisted of the latest scientific and clinical research in all fields of modern medicine, which were published in various publications and journals and still have not lost their relevance. 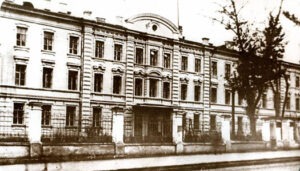 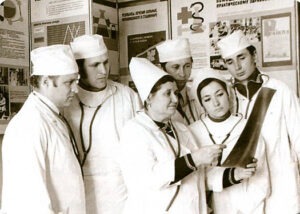 In 1929, the Scientific Student Society was founded at the Kharkiv Medical Institute, in the creation of which Professor Danylo Ovsiyovych Alpern played an important role. He became the first head of the SNT and headed it for many years. By 1935, more than 500 students already worked at SNT. In the same year, the First All-Ukrainian Conference of Young Medical Scientists was held, which was of great scientific and practical importance and was highly praised.

Gradually, SNT began to grow in number of students. If in 1929 there were only 22 students, in 2007 there were 2211. The forms of work of the student scientific society have expanded and improved. A significant place in the scientific works of students is occupied by the latest information technologies, without which effective research is impossible.

A student scientific-informational and medical-technical design bureau has been established. For the last 30 years, the curator of the SNT was Professor Inna Fyodorovna Kostyuk, Head of the Department of Internal and Occupational Diseases, a pupil of the Kharkiv Therapeutic School, a student of Academician LT Small.