Prof. V. D. Otamanovsky Center for Medical Local Study of KhNMU was established at the Department of Social Sciences of KhNMU as a scientific structural unit of the university by the order of the rector and unites researchers of Kharkiv in the pointed field. The Center is the first and the only one in Ukraine, which focused on the study of such a research topic. Development of a new direction of local study began in 2014, when director of the Center H. L. Demochko published an article in the journal “Krayeznavstvo” (“Local Studies”) of the National Union of Local Lore Researchers of Ukraine, where she noted the need to revive combined historical and medical research. Thanks to the promotion of this initiative, the Center was founded, which in 2015 was named after an outstanding educator, activist of the Ukrainian Revolution (1917–1921), one of the founders of the Ukrainian Central Rada (Ukrainian Central Council, UCR), the Head of Kharkiv Medical Institute’s Department of Latin Language Prof. Valentine D. Otamanovsky.

Activity of the Center is focused on scientific work and dissemination of local historical and medical knowledge, raising its research to a new level. The Center has agreements on cooperation with foreign and domestic scientific, educational, cultural institutions, and public organizations. In particular, active contacts are maintained with Jan Długosz University in Czestochowa (Republic of Poland); there is also a permanent cooperation with the National Union of Local Lore Researchers of Ukraine, and employees are members of the Kharkiv Medical Society, the Ukrainian Academy of History of Medicine, the Academy of Social Sciences of Ukraine, and other scientific institutions and organizations. Practical disclosure of medical local study problems allowed publishing the three-volume monograph on the history of Kharkiv health care, for which in 2019 representatives of the Center received the Prize of the Kharkiv City Council in the field of health care. 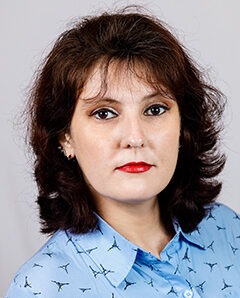 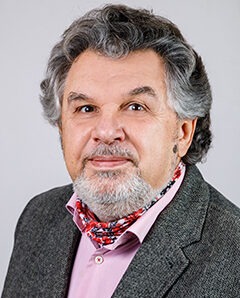 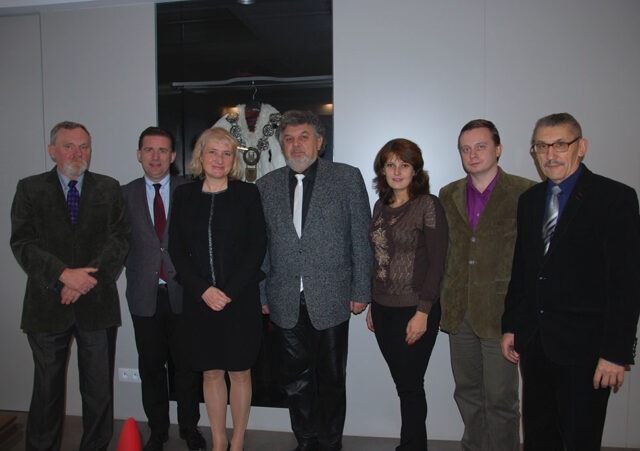 Prof. V. D. Otamanovsky Center for Medical Local Study of KhNMU conducts active scientific work. With the restoration of medical local study at the initiative of the Center and with the support of the National Union of Local Lore Researchers of Ukraine, a permanent column “Medical Local Study” in the journal “Krayeznavstvo” (“Local Studies”) created, which is being developed by Kharkiv scientists, staff of the Center, and researchers from other regions of Ukraine.
The Center is a permanent partner of V. N. Karazin Kharkiv National University and regularly organizes on its base the section devoted to problems of medical local study in frames of young scientists’ annual international local studies conferences. It not only strengthens existing scientific contacts, but also attracts new researchers to studying interdisciplinary historical and medical topics. Scientific consultant Doctor of Sciences in History (D.Sc), Prof. I. Yu. Robak writes reviews and acts as an official opponent at defenses of theses on medical local studies topics.
Basing on the example of the Center, the Zaporizhzhian Regional Organization of the National Union of Local Lore Researchers recognizes the pointed direction as a promising one and actively supports it, promoting on its website and involving local scrutineers in active scientific research. 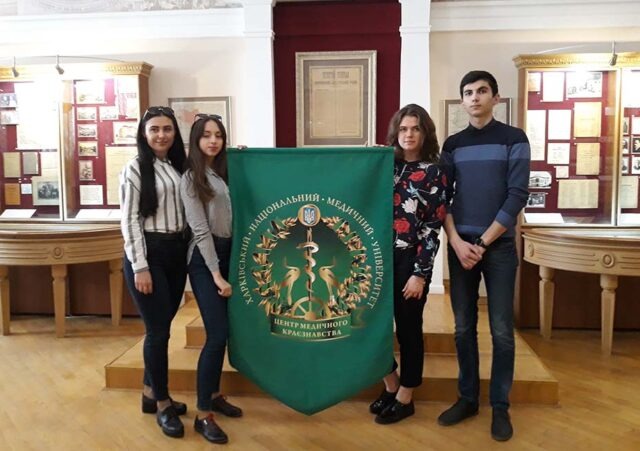 Representatives of the Center developed programs and syllabi of elective academic disciplines “Local Medical History”, “History of Health Care in Kharkiv”, “Medical Kharkiv in Persons” and are actively implementing them in educational process. These disciplines are unique ones in Ukraine, and taught for students of KhNMU on the basis of the Center. During their studies, students are involved into scientific activities, engaged in studies of historical sources, creative projects, conduct field research, create videos, photo exhibitions, etc. All study materials for students are created and selected for successful mastering the discipline. 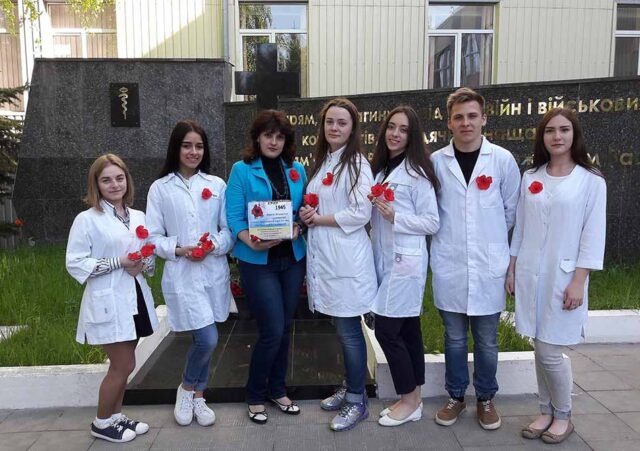 The Center makes a great emphasis on upbringing activity with student youth. Employees of the Center and lecturers of the Department of Social Sciences actively involved in excursions and necropolistic activities with students of all years. Students learn about the personalities of famous medics, who worked in Kharkiv, acquaint with scientific schools, important discoveries and technologies offered by our compatriots. It develops a sense of dignity for their alma mater and encourages students to work fruitfully in the medical field, promotes historical achievements of Ukrainian medicine.

Several years ago, the Center for Medical Local Study began searching for the burial of Valentine D. Otamanovsky, which had been lost and had not had attracted due attention among the descendants. The discovery of the burial in a terrible state led to the search for sponsors among public organizations and, finally, the installation of a new monument to the pro-Ukrainian activist and scientific figure.       Nowadays, the burial is visited for several times a year, landscaping is carried out, and significant events of Ukrainian history are celebrated near the monument. Representatives of the Center, students, professional and amateur local researchers, activists of pro-Ukrainian public organization “Prosvita” light a candle in commemoration of the Kruty Heroes Day, the National Flag Day, the Ukrainian Independence Day, the Unity Day, the Dignity and Freedom Day, the All-Ukrainian Day of Local Studies, the Day of the Armed Forces of Ukraine, etc. 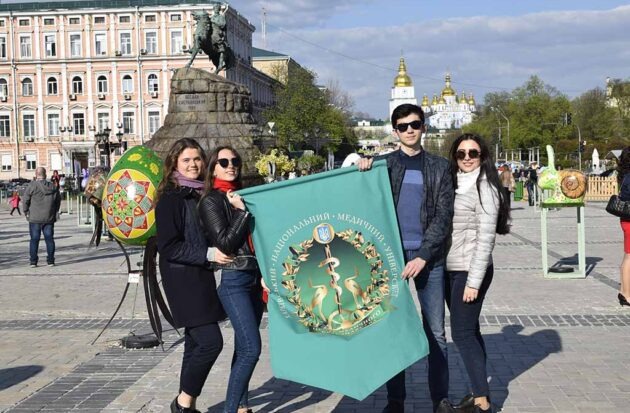 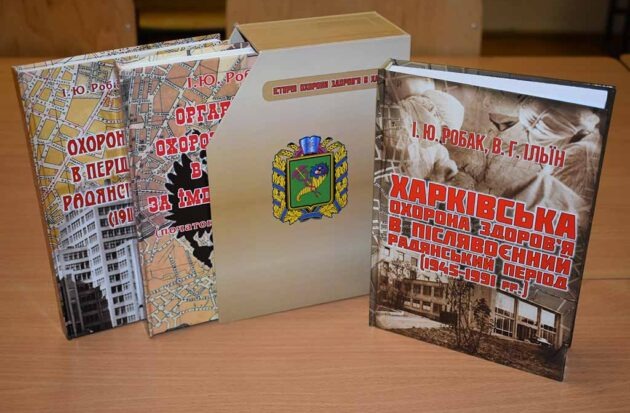 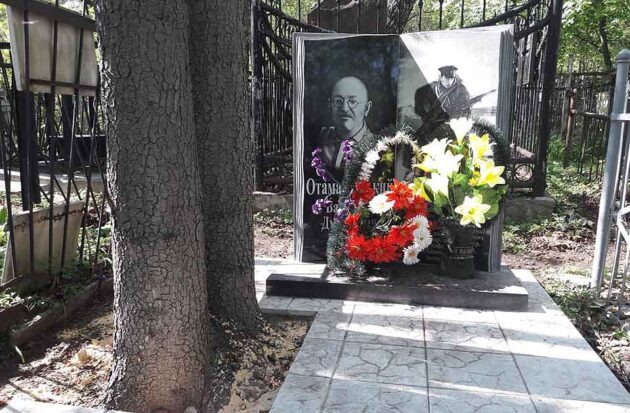