History of the I Medical faculty

The origins of the I Medical Faculty date back to 1804, when the Imperial University of Kharkiv, founded on the initiative of an outstanding cultural and scientific leader of Ukraine V.N. Karazin at the beginning of the 19th century, was opened. The statute of the university signed by the Emperor Olexander I in February 1804 included the division of medical and curative sciences among the 4 university departments (in future the faculties) which later became the Medical Faculty that a century later was divided into the I and II faculties.

According to the university statute of 1804, the department of medicine had a total of 6 specialized departments: 1) anatomy, physiology and forensic medicine; 2) pathology, therapy and clinical medicine; 3) nursing, pharmacy and pharmacy diction; 4) surgery; 5) medical art; 6) animal medicine.

The Faculty of Medicine played a special role in the activities of the university and the life of the city, and this was reflected not only in the training of specialist physicians and medical scientists, but also in the overall cultural development of the Kharkiv region.

It was the professors of the Medical Faculty who performed the first ovariotomy, total resection of the stomach, open-heart surgery in the Russian Empire and made significant scientific breakthroughs. The best representatives of the medical profession provided qualified medical aid to soldiers during wars, and to the civilian population during various epidemics. The Medical Faculty was approached by the local authorities with a request to develop proposals and measures for combating contagious diseases and to make recommendations for the further development of medical education. 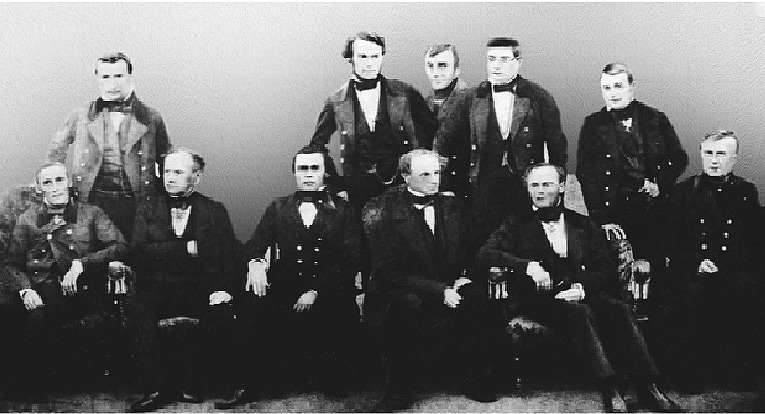 Board of Professors and Figures

In 1805 Professor P.M. Shumlyanskiy was appointed professor of surgery at the University of Kharkiv, which had just opened. During his service to the university (1805-1817) he was appointed Dean of the Faculty on several occasions. His abilities became useful in organizing the work of the faculty in the absence of students. His active work in the council of the faculty, his speeches at the University’s acts were noted above. P.M. Shumlyanskiy began his scientific work at the Medical Faculty. His works were devoted to various aspects of operative surgery and treatment of infectious diseases.

It should be noted that he was one of those who tried to lecture in Ukrainian at that time. Having studied different systems of medical education, including foreign ones, P.M. Shumlyanskiy developed and submitted his project of reorganization of medical education in 1798.

The Medical Faculty was also home to a number of distinguished pioneering scientists in many fields of medicine, who were also educators and humanists. The names of professors V.F.Grube, L.L.Hirshman, A.G.Podrez, I.P.Lazarevich, V.J.Danilevsky, M.S.Bokarius, M.P.Trinkler, V.P.Vorobjov, O.M.Marzeev and others are widely known in history of medicine and brought the deserved glory to Kharkiv.

In 1920 the Kharkiv University, like others, was liquidated and the faculties were reformed into new institutions of higher education with the transfer of the entire property complex, staff and financing to them. The Faculty of Medicine was reorganized into an autonomous institution – the Kharkiv State Medical Academy, which was annexed by order of the People’s Commissariat of Education of the Ukrainian Soviet Socialist Republic. In 1921 the Academy was renamed the Kharkiv State Medical Institute by a resolution of the Minor Council of the Chief Medical Officer. In 1921 the Kharkiv Medical Institute had 2 faculties: medical and odontology. 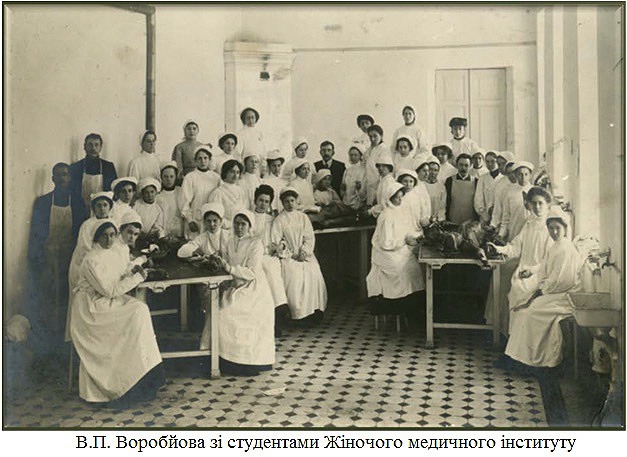 During the Second World War Kharkiv physicians were present at all the fronts. Colonel S.I.Banaytis, Dean of the Military and Medical Faculty, became the leading surgeon on the Western Front. Professor O.I.Cherkes was the leading toxicologist of the Black Army, Professor V.M.Shamov was Chief Neurosurgeon and blood transfusion specialist of the Czerwona Army, and Associate Professor R.I.Sharlay was Chief Physician of the 28th Army. Professor I.I.Grishchenko, T.I.Tikhonova, K.I.Pikin, Yu.M.Orlenko and others served as head surgeons at the evacuation hospitals. In addition to their professional duty to soldiers and civilians, physicians – lecturers and graduates of the Kharkiv Medical Institute – died in fierce battles and in the occupied Kharkiv.

In the post-war years, the Medical Faculty trained graduates in the specialty of medical practice.

The Faculty of Medicine in 1956 established the Evening Department, which was transformed into the Evening Faculty in 1964. Admission to the Faculty was terminated in 1967.

An important role in improving the quality of medical training was played by the introduction in 1968 of pre-diploma specialization (sub-degree) at the Faculty of Internal Medicine in therapy, surgery, obstetrics and gynecology. The work of the institute’s team was highly appreciated.

In 1992, a reorganization was carried out and the Faculty of Medicine was established. Throughout its long history, the Faculty has been headed by: